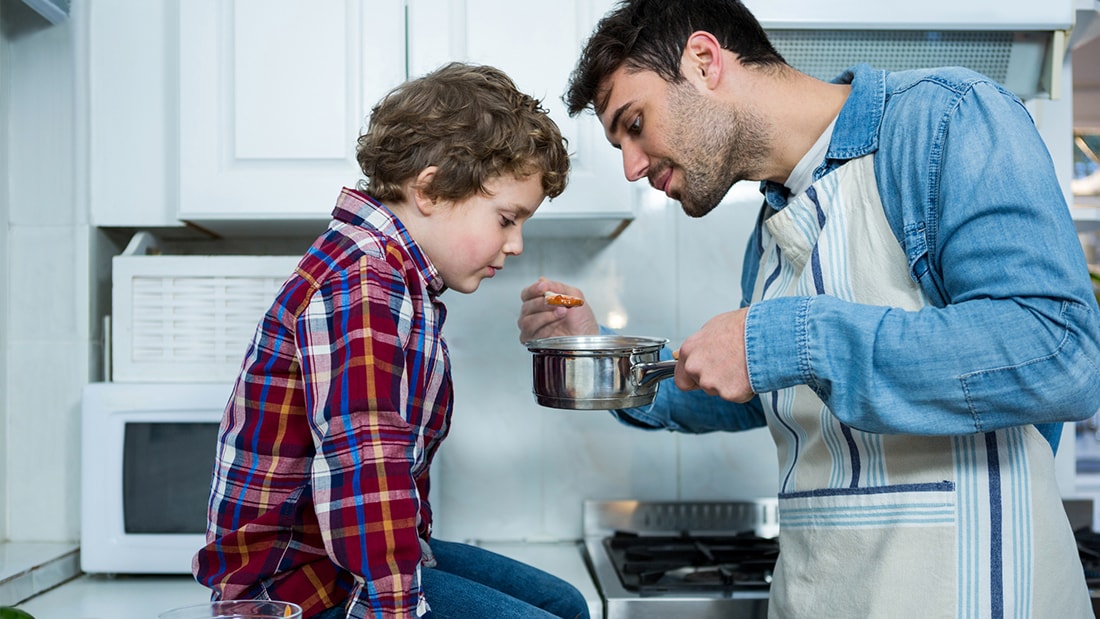 11 Mar What Are the Top Five Myths on Fathers and Family?

Posted at 08:40h in Empowerment by Joseph Cohen 0 Comments
0 Likes

If there was anyone who could identify and refute the misleading myths circulating in the media on contemporary fatherhood and family life it would have to be an insider.

Someone who has focused on marriage, fatherhood, and cohabitation, especially on the ways that family structure, and culture influence the quality and stability of family life in the United States and around the globe.

A leader who is the Director of the National Marriage Project and has been a Senior Fellow at the Institute for Family Studies.

A researcher who has contributed to articles in The New York Times, The Wall Street Journal, The Washington Post, The Boston Globe, and The Los Angeles Times, and programs on National Public Radio (NPR).

A writer who has published in magazines like The Atlantic and National Review, and is the co-author of the book Gender and Parenthood: Biological and Social Scientific Perspectives.

Why would W. Bradford Wilcox — also the co-author of The Importance of Fathers in the Healthy Development of Children, a manual published by the U.S. Department of Health and Human Services — invest his time refuting these myths?

One reason, wrote Wilcox in an article he published in National Review, is to capture “the changes and continuities associated with fatherhood in contemporary America.”  A second is to examine any assumptions that “our society is heading ceaselessly in a progressive direction.” Both will help families identify what has been working and improve what needs to be upgraded.

Nothing is wrong with being a more involved father, but according to a 2008 U.S. Census report stay-at-home dads account for less than one percent (140,000) of America’s 22.5 million married families with children under 15. In contrast, about 24 percent (5,327,000) of those families had a stay-at-home mom. This means that the vast majority — more than 97 percent — of all stay-at-home parents are moms. In 2008, the Census estimated fathers were the main provider in almost three-quarters of American married families with children under 18.

Why is this significant?

“Providership is important to protect children from poverty, raise their odds of educational success, and increase the likelihood that they will succeed later in life,” says Wilcox. “Thus, the very real material contribution that the average American dad makes to his family is obscured by stories that focus on that exotic breed, the stay-at-home dad.”

Contemporary women, in opposition to another media myth, aren’t looking for fathers who will divide their time evenly between work and their family. While most married moms would like their spouse to do his fair share of childcare and housework, they aren’t defining fairness as a 50/50 arrangement. Instead they consider their spouse’s work outside when assessing the fairness of his contribution inside the home.

Why does this matter?

First, most married moms with kids are happy to have their spouse be the main provider so they don’t have to work full-time. According to a 2007 Pew Research Center study, only 20 percent of moms with kids under 18 wanted a full-time job compared with 72 percent of dads in the same category.

“Married mothers are happiest in their marriage when their husbands take the lead when it comes to breadwinning —largely because his success as a provider gives her more opportunities to focus on the children, or balance childcare with part-time work (the most popular work arrangement for married mothers),” says Wilcox. “Dads who are fortunate enough to hold down a good job and make a major contribution to their families’ financial welfare should take some comfort from the fact that they are likely to be boosting not only their families’ bottom line but also their wives’ happiness.”

Myth #3 – Marriage is Just a Piece of Paper

The rise in couples cohabiting over the past few decades has resulted in many children living in households headed by a cohabiting couple. In fact, estimates are as high as 40 percent of American children will spend some time in a cohabiting household either following a break up of their parents or by being born into this type of arrangement. It’s no wonder that many journalists, scholars and advocates are tempted to minimize the differences between married and cohabiting fathers and families.

What are the advantages of a conventional marriage in terms of a father’s parental involvement ?

According to a recent study done by Sandra Hofferth of the University of Maryland and Kermyt Anderson of the University of Oklahoma, married fathers are significantly more involved and affectionate with their children than are cohabiting fathers. They are also much more likely than their cohabiting peers to stick around. One recent study by Wendy Manning at Bowling Green State and Pamela Smock at the University of Michigan found that 50 percent of children born to cohabiting parents saw their parents break up by age five; by comparison, only 15 percent of children born to married parents saw their parents divorce by age five.

This is because, for men, marriage and fatherhood are a “package deal,” as sociologists Frank Frustenberg and Andrew Cherlin observed a number of years ago. “By force of law and custom, marriage binds men to their families and gives them a recognizable role to play in the lives of their children,” says Wilcox. “Try as they might, unmarried men typically find it difficult to be a consistent and positive force in the lives of their children.”

While family structure and culture can impact the quality and stability of family life in the United States and around the globe, it is the awareness and contribution of each partner in a relationship that will contribute to our collective well being and shape the evolution of future generations.