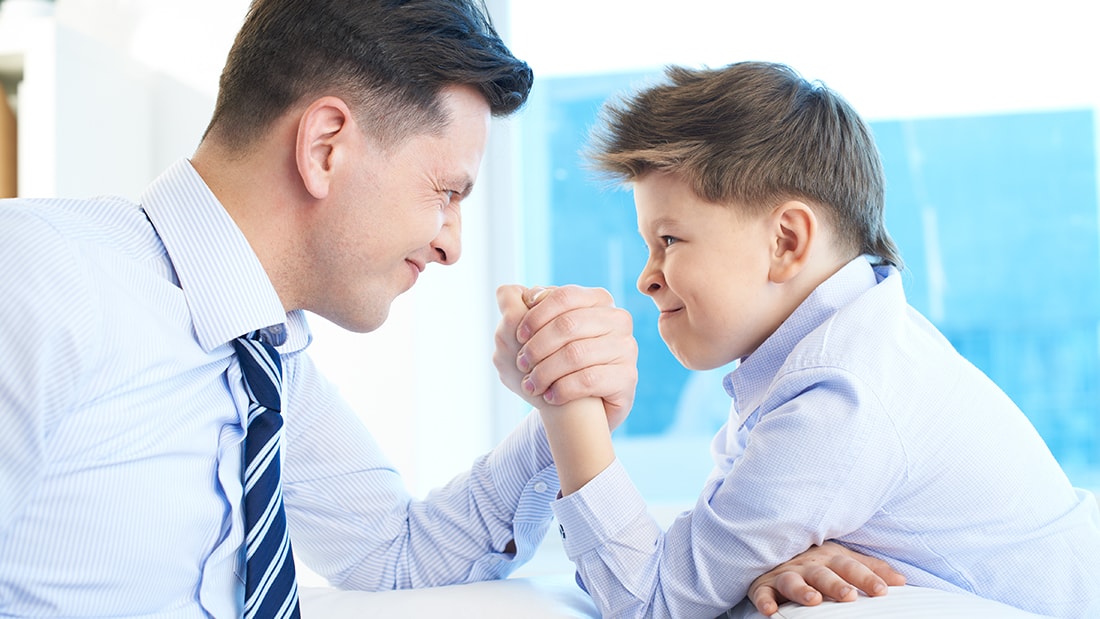 Posted at 21:07h in Empowerment by Joseph Cohen 0 Comments
0 Likes

How many parents do you know who would eagerly welcome adolescence, better known as “the age of argument?” Not many, right?

Parenting a son during childhood who is eager to emulate his father by doing the things his dad likes to do is far easier than parenting an adolescent who wants to dance to the beat of his own drum.

While sustaining open communication throughout these stages —  early, mid-late, and trial independence which ends after the college years — can be challenging for a family, this period can either cause an ever widening communication gap or provide an opportunity for a father and son to lay a solid foundation for a fulfilling lifelong relationship.

“It can be hard for some fathers to adjust to the reversal of terms that need to take place after a son turns adolescent (usually around ages 9-13),” says Carl Pickhardt, Ph.D, a Psychologist who wrote Surviving Your Child’s Adolescence, “if they are to stay well connected during the remaining teenage years.”

In an anecdote Mr. Pickardt shared which appeared in an article he wrote as part of a series in Psychology Today, he tells a story about a boy who loved to fish with his dad. He explained that the son wanted to relate on terms that interested his father because being similar to his father created a “sense of closeness” to the man he wanted to emulate.

But when that boy became an adolescent, it was time for him to let go of  “childish” things like fishing and develop older, alternative interests and pursue skateboarding to claim his individuality and independence. “Instead of sitting still on a boat in the water waiting for fish to bite with his father,” wrote Mr. Pickardt, “the teenager finds surfing urban streets and ramps and jumping curbs with skater friends more challenging to do.”

So, how does a father show his interest to stay connected during his son’s transition and bridge those adolescent differences on terms that matter to his teenage son?

To start, he need not also buy a skateboard.

But it would be best if the father took a serious interest in skateboarding by showing his curiosity and remaining open to what his son can teach him about the sport. When a dad allows his son to teach him something about what matters in his life, his son will feel respected in his new “instructional role.”

In this scenario the teacher/student role is reversed, and the father is intentionally seeking to be taught by his son. Even if a conflict arises, the more a father can defer to his son the stronger the bond between them will be.

The emotional dynamic behind this scenario revolves around the son growing into young manhood with the conflict he has as an adolescent wanting to glorify his dad. But since he sees his father as a hero figure and still holds him in high esteem, there’s no way the son can measure up to the his dad.

So what must the son do to level the playing field?

“Some way, some how, he must cut his father down to human size,” says Mr. Pickardt, “but in doing so he loses his ideal, even growing angry at his father for the loss.” As a result the son finds “frailties, flaws and failings” to help cut him down, and his criticism that follows is to show his dad is less than perfect.

The irony in the rest of this process is that “all fathers are destined to be a disappointment to their sons,” according to Mr. Pickardt, “who must blame and finally forgive their dad for failing to perform up to a certain standard that was never meant to be.”

In this process of “paternal downsizing” a father can help by being humble and affirming his son. Admitting mistakes, apologizing for personal flaws, declaring any ignorance or limitations, and even making fun of his own efforts will go a long way to let his son know that he is human with frailties of his own.

A father can empower his son by acknowledging and appreciating — either verbally or in a letter —  what his son can do that he may be incapable of doing. Recognizing his son’s talent by asking for the young man’s help is another important way to affirm him.

The second step comes during competition.

Power tests are potentially constructive. Power struggles can become destructive. Both are ways in which an adolescent son can challenge his father for the sake of comparison. The distinction is that power tests of skill set the stage for safe competition, while power struggles for control may lead to excessive behavior that can lead to hurt feelings or even injury.

If a father engages his son in a friendly contest — the boy measuring his skill and prowess against a more experienced and older opponent — the result can enhance their relationship over time. When coaching happens during their game, father acknowledging and praising his son’s budding skills while enjoying his victory, both win. Immediately and in the future.

Building an adolescent’s self esteem as he gains competence are two criteria for a healthy power test. But the father must be careful not to become so competitive that a power test turns into a power struggle involving male dominance. It’s the fun and excitement during the game rather than the outcome that counts when bond-building.

Although dealing with the intensity of competition with an adolescent can be challenging, it presents an opportunity for a father to learn what matters most to his son and engage him in a constructive and empowering process that can provide a foundation for a healthy lifelong relationship.